It’s TIME for a TRUTH MOMENT! 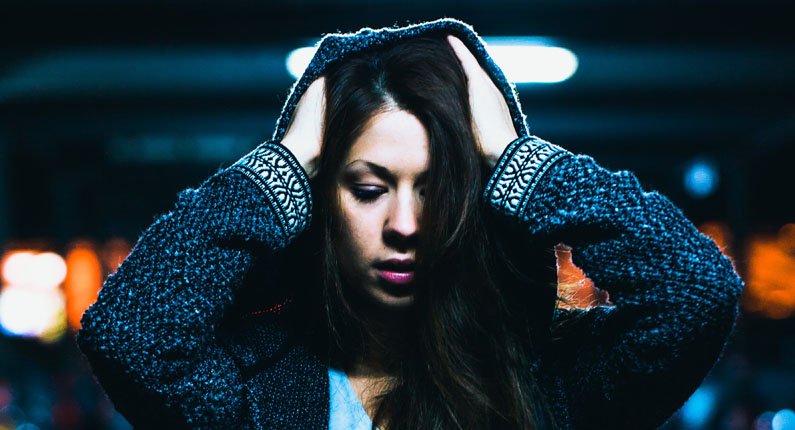 When it comes to being healthy, it extends far beyond just the physical.

After all, not “feeling” well can cause one to “not feel well.” Most people don’t take time to do a self-exam to determine how they could be operating ineffectively from an emotional standpoint — typically due to things that they’re in bondage to.

Maybe it’s the death of a loved one that creates an empty void. Maybe it’s fear, anger and bitterness from a traumatic event. It could even be a nagging lack of desire to get out of the bed in the morning…every morning. As a licensed psychotherapist, I encounter numerous people who tell me about the many years they have been hurting, withholding and suffering mentally because they don’t want to feel “crazy;” have other people know their business; or, my personal favorite, they feel that praying, fasting and leaving it at the altar should be enough.

Don’t get me wrong, God is all-powerful and has left with us the Holy Spirit — thus ensuring we can conquer and defeat any hindrance and stronghold; however His word does say, in Matthew 9:29: “Then touched he their eyes, saying, According to your faith be it unto you.” So if you have the faith to be freed from depression or anxiety, walk in that. But if that void remains long after the benediction and altar call, quite possibly it is time to seek help.

“Where there is no [wise, intelligent] guidance, the people fall [and go off course like a ship without a helm], But in the abundance of [wise and godly] counselors there is victory.” — Proverbs 11:14 (AMP). That very word encouraged a change in my career focus, and it caused my dream to shift. I still practice therapy five days a week, but God communicated to me that there were many people who weren’t going to attend therapy sessions who needed to see the importance of self-evaluation. I will never forget: I had been preparing for a speaking engagement on bullying but received a call that the event would be cancelled due to venue changes and sponsorships.

I was crushed; after all, I had prayed to be in a position to change the lives of those in attendance. To lift my spirits, my sister, an upcoming videographer, told me we should just set up a camera and film me giving “motivational talks.” Once edited, we’d place them online and share on social media outlets. I wasn’t convinced; I wondered if anyone would even watch or listen because “everyone makes videos talking on social media,” I exclaimed. When I finally got on board, we released the first video on my YouTube channel, Truth Moment Vlog, on my 30th birthday, December 13, 2014 — 12/13/14. I had no idea exactly how special that day would be. On the first episode of Truth Moment, I wanted to convey exactly how important mental health is. I opened the forum for discussion by allowing viewers to submit questions via email and social media. The reception was positive and very warm, and people seemed to be interested — yet I found myself wanting more. And it wasn’t for the purpose of broadening my audience. I could see that people were still shy about getting help. This led me to ask myself some provoking questions: “Why don’t the people want to ‘deal’ with the pains that plague their thoughts and encourage their behaviors?

Why is it easier to hide in the shadows of night with stifled cries for help? What can I do to reach more than my caseload in my daily sessions?” It’s humanistic when one is going through a difficult time to feel a slight sense of an inflated self…“no one has been through this; no one will understand; I’m all alone.” My viewers were hearing broad examples of what could be “wrong” in their lives, but the show didn’t allow the audience to personally identify. After much prayer and counsel, it was time for a shift in Truth Moment. In April of 2015, I had my first guest on the show. It was a young man who discussed how he had battled feelings of insignificance; the appeal of wanting to belong; and fear that he would become

It’s Time for a Truth Moment!

a statistical product of his environment — which was riddled with drugs, guns and jail time. The episode wrapped with his process to become the man we saw present day. The show was much lengthier, but there was no way for people to come on and share their “truths” in under 10 minutes. The feedback was well received. People wanted to see how other individuals specifically went through and turned it around. They learned that there were actual psychological terms for
what keeps them lying awake at night — for so long they had just been calling it “nerves.”

Truth Moment has addressed, drugs and violence, bullying, cultural competency, the effects of miscarriages on a marriage, guilt, suicide, self-hate, domestic violence, breast cancer, depression, loss of a loved one, divorce, forgiveness and self-discovery — all tying into the essence of redemption. God’s word says, “…be ye transformed by the renewing of your mind,” — Romans 12:2 (KJV). That’s a classic case of Cognitive Behavioral Therapy. Changing the way you think about your behavior can actually begin to alter it. When something transforms it is changed in form into another substance; so scripturally, your being is altered when you address and examine your inner most thoughts.

To renew is to restore, replenish, revive or re-establish, according to Dictionary.com. I invite viewers to see themselves in those I interview. Many of the guests were once like them, not comfortable with opening up about their private matters but keeping them boxed inside. You see, when we do that, we’re not walking effectively in purpose. Purpose is when you are helping others around you, when you are doing something bigger than you.
And boxes can only contain so much before they begin to spill out all of the contents inside. Your spill could come in the form of an emotional breakdown or angry outbursts. So if you aren’t in a place of comfort to seek counseling or therapy, Truth Moment comes to you weekly by way of television, smart phone and computer to help release these bondages and areas of struggle.

Hopefully you learn coping strategies and realize you’re not alone or “crazy.” And what’s even more comforting is that the word “normal” is conditional and subjective. Just because my experience is different from yours, it doesn’t make either less viable or impactful. The very realization of that has its own freeing mechanism. Begin to affirm things within yourself. Look in the mirror and speak the promises of God over and into your life until you believe them and they become actualized.

With God placing his approval on this mission, in less than a year, Truth Moment went from being on a YouTube channel to broadcasting Wednesday evenings at 5:30 on The Now Network in western North Carolina, upstate South Carolina, northern Georgia, regions in Canada, and streaming on their webpage, theNowNetwork.com, and on ROKU. Three months later it also began to broadcast on Living Witness TV to 20 million homes and 19,000 cities via ROKU on Saturdays at 7 p.m. Brief 3-minute Truth Moment mental health tips stream on Keep It Real Talk Radio every two hours in the U.S., UK, Germany and France, along with their webpage, KeepItRealTalkRadio.com. Mini episodes of Truth Moment also run on Urban Buzz Magazine’s webpage, urbanbuzzmag.com. So, with all of these streams and methods of viewing for healing, I must ask you… ”What’s stopping you from being the YOU that you desire to be… the you that God sees and has created for his purpose?” I’m Tiaera Pritchett. That’s my Truth. What’s yours? Let me know by
writing me at Tiaera.faison@gmail.com